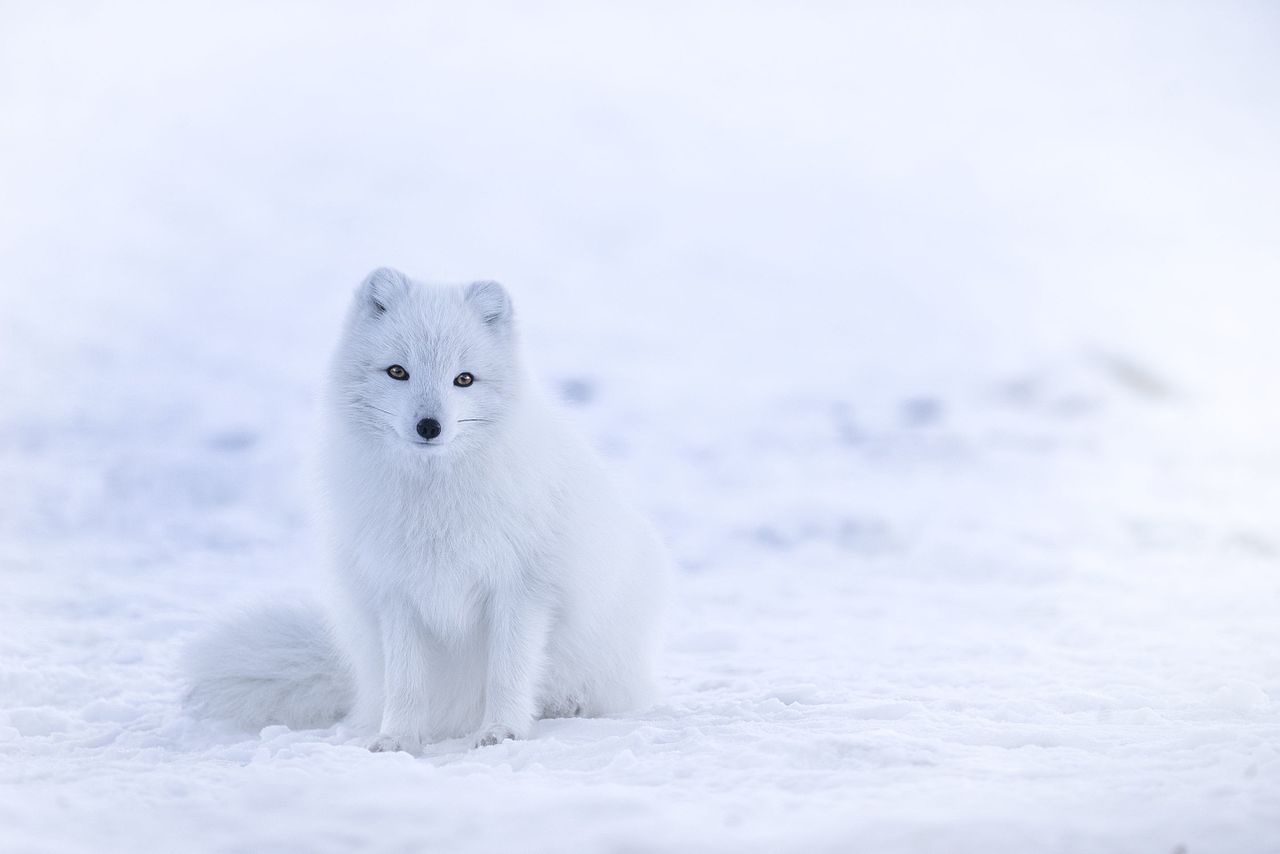 Wildlife in Iceland is rich with birdlife and marine mammals. It is a popular country with ornithologists who visit to see dozens of species of bird during the summer nesting season. It is also home to many seabirds, among them puffins, skuas, and kittiwakes who nest on sea cliffs around the country.

When the country was settled in the ninth century, the only native land mammal was the Arctic Fox, which came to the island at the end of the ice age, walking over the frozen sea. However, most of the domestic breeds that the settlers brought with them have remained unchanged in isolation. The Icelandic horse is perhaps the most well-known example of this. Other domestic animals include the Icelandic sheep, cattle, chicken, goat, and the Icelandic sheepdog.

Wild mammals in Iceland include the Arctic Fox, mink, mice, rats, rabbits and reindeer. Polar bears occasionally visit the island, traveling on icebergs from Greenland. Icelandic waters are rich with marine life, including seals, whales, dolphins and over three hundred species of fish.

The Arctic Terns are coming to Iceland from Antarctica A small, slender... more

Two winged flies Within this family are about 380 species in Iceland The... more

Husavík has a rich history of whale watching, which is one of the most popular... more

Iceland cannot boast of many species of wild animals compared to many other... more

The arctic fox (Alopex Lagopus) is believed to have occupied Iceland since the... more

In 1931, the mink (Mustela Vison) was imported for fur farming Quite a few... more

Rabbits imported as pets have become a part of the wild fauna of severaæ parts... more

Only four species of rodents occur in Iceland, the wood mouse (Apodemus... more

Picture Great Skuas The extensive alluvial or outwash plains (sander) of the... more

In the capital and its vicinity, there are several good places for observing... more

Birds of the West

About 50 km from Reykjavik and only a short distance from the main road, Lake... more

The mountainous and indented northwest peninsula has several places of... more

In the northern lowlands, between the villages of Hvammstangi and Blonduos,... more

There is a large bird cliff on the peninsula Langanes in the northeastern... more

Birds of the Interior

Most of the interior plateau is devoid of vegetation, except in a few areas,... more

The common seal or the harbour seal gets 2 m long and weighs up to 150 kg It... more

In common grey seal areas outside Iceland it seems to be polygamous According... more

The hooded seal’s primary habitats are around Greenland and Newfoundland It... more

The harp seal’s habitats are mostly in the Arctic Ocean on both sides of... more

The bearded seal’s habitats are mainly scattered all over the Arctic Ocean It... more

In earlier times there was only one breed of walruses It developed in different... more

The hump back whale (Lat Megaptera novaeangliae) in Icelandic waters is 12,5-13... more

Adult males weigh about 7 kg and are less than 2 m long Females are equally... more