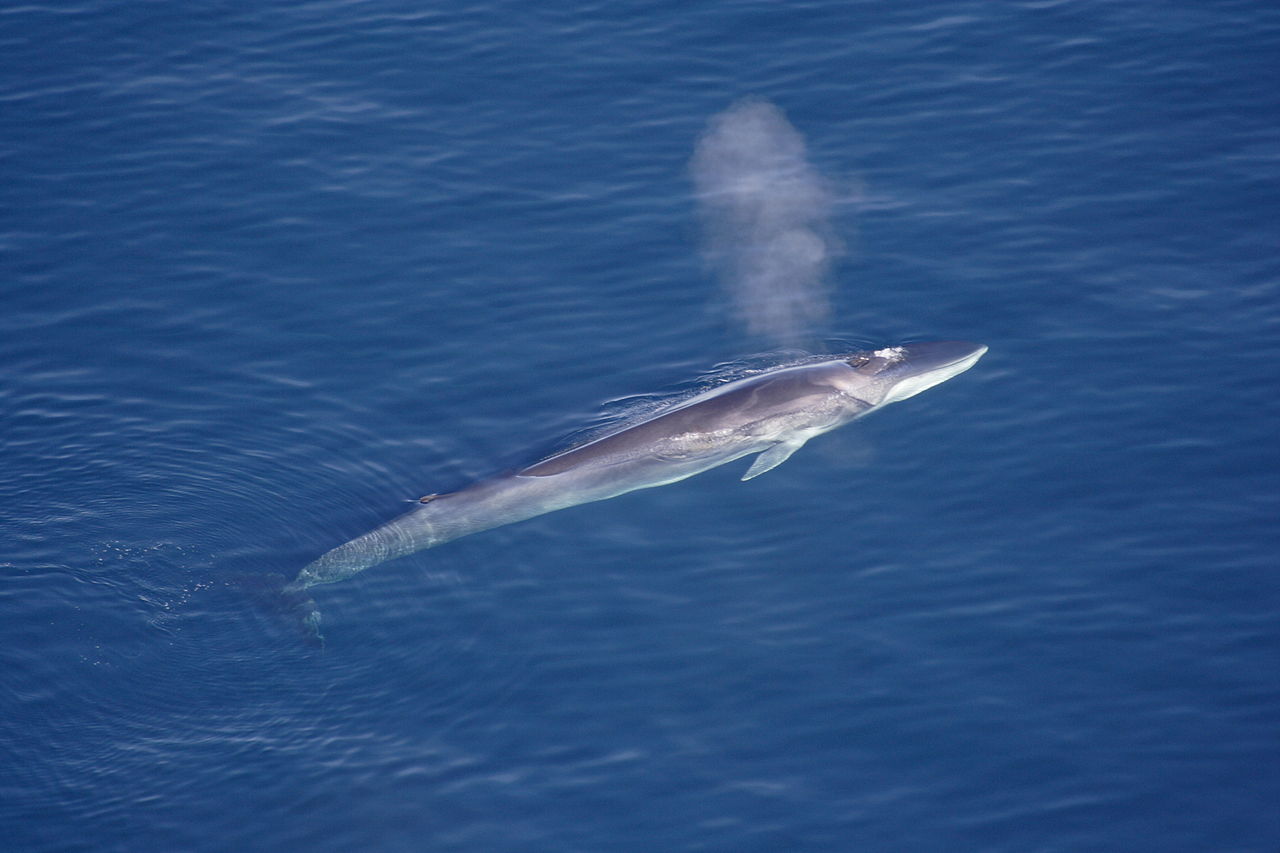 The males are about 18 m long and the females about 19,5 m. The males weigh 50 – 100 tons and the females 30 – 80 tons. The life expectancy is about 100 years. The upper part of the body is dark grey and the underside is white. The same applies to the flippers and the fluke. The lower jaw is dark grey on the left and white on the right. Usually the front baleens are white and the others lead grey. The dorsal fin is situated further back than the female genitals.

The fin whale (Lat. Balaenoptera physalus) inhabits all the oceans of the world. It spends the winters in an area between 30°N and a line between Newfoundland and Scotland and migrates all the way north to the ice edge late in winter. The many small flocks congregate and form the seven stocks of the North Atlantic. After the small flocks have congregated, sometimes 200-300 animals are spotted together.

The fin whale mates during the period between November and January, and the gestation period is about 12 months. Pregnancy occurs every second year. The calf is suckled for over 10 months and usually doubles its original length of 6,5 m during the period.

The fin whale probably does not feed much during winter, but consumes great quantities of krill and some squid off the Icelandic coast and capelin and herring on the migration. The swimming speed is close to 12 nautical miles per hour and the average diving time is 4 minutes. The whale can stay submerged for about 20 minutes.

The first fin whales appear of the Icelandic coast in March every year, but the mainstay of the stocks appears at the end of May and the beginning of June. The Norwegians overexploited the fin whale stocks of the Icelandic coast and after the Icelanders started their whaling, they took about 240 animals annually. Rough estimates show, that the fin whale stocks in the North Atlantic are not endangered (8000-10.000). The world population is estimated 120.000–150.000.