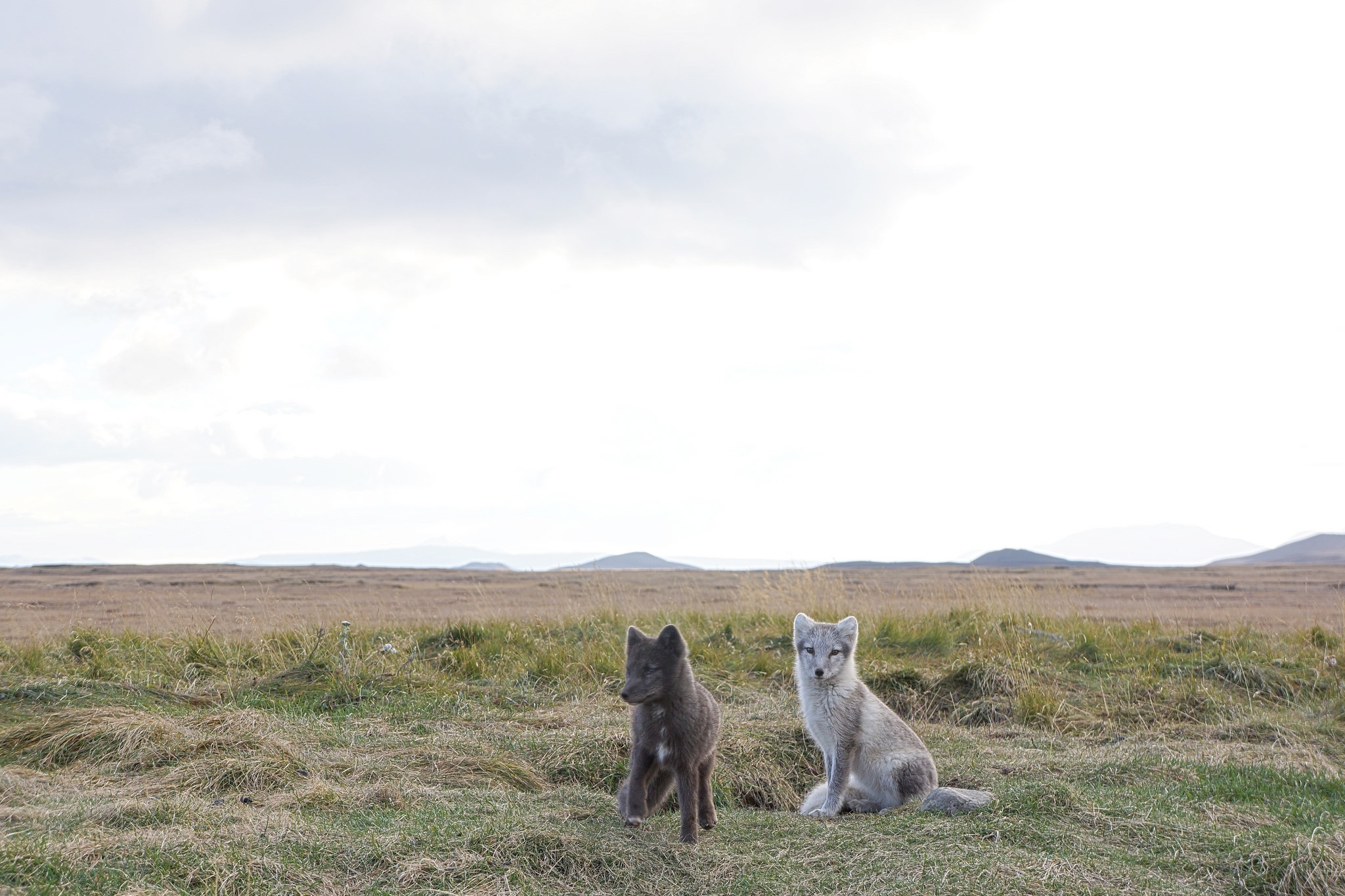 The arctic fox (Alopex Lagopus) is believed to have occupied Iceland since the end of the last cold epoch of the Ice Age. It supposedly followed the retreat of the ice and crossed over on ice bridges, but possibly quite a few were later brought with the ice flows from East Greenland. About 67% of the population are of the “blue” variety. Population fluctuations are relatively small, and the average litter consists of 4-5 cubs, which both parents rear, sometimes with the help of one-year-old vixens.

The arctic fox has been hunted from the start of human inhabitancy in the country, mostly for its fur and the purported killing of sheep. The first legislation prescribing methods of its extermination was passed in 1295. During the 20th century, the fox killed less sheep and it relies more or less on its natural prey for sustenance as before. The most probable reason for these changes is the improvement in sheep-farming practices during the 20th century.

The arctic fox is spread all over the country, in the mountainous as well as in the coastal areas, where the greater part of the stock relies on prey and food swept ashore by the waves of the ocean. The fox is a shy animal and not often to be seen, except in remote, uninhabited areas and national parks, where it somehow has developed a feeling of security.

The Plain of the Arctic Fox”.
Melrakkasletta