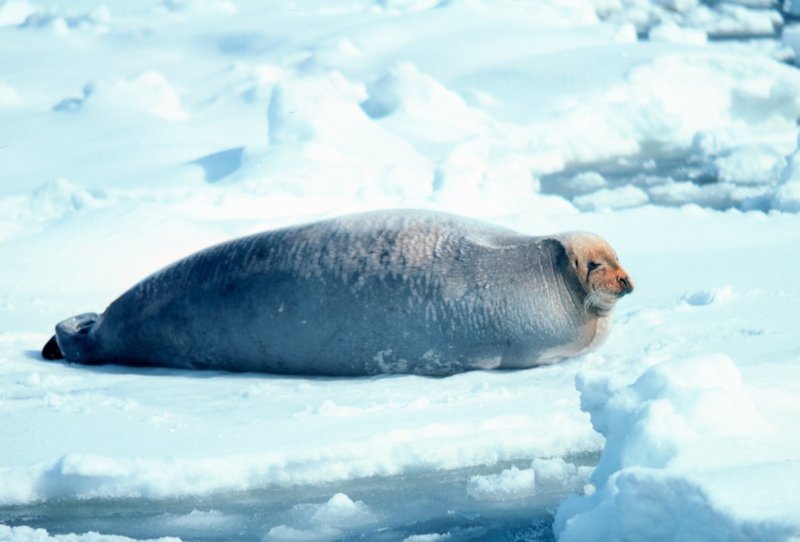 The bearded seal’s habitats are mainly scattered all over the Arctic Ocean. It is a loner and migrates to various locations. The Norwegians hunted it, but mostly gave it up as it was not profitable enough.

In earlier times it appeared in Icelandic waters at the same time as the harp seals. It is curious and tame and therefore easily harpooned. It is the largest among the actual seal species. The males reach 3 m in length and 600 kg weight.