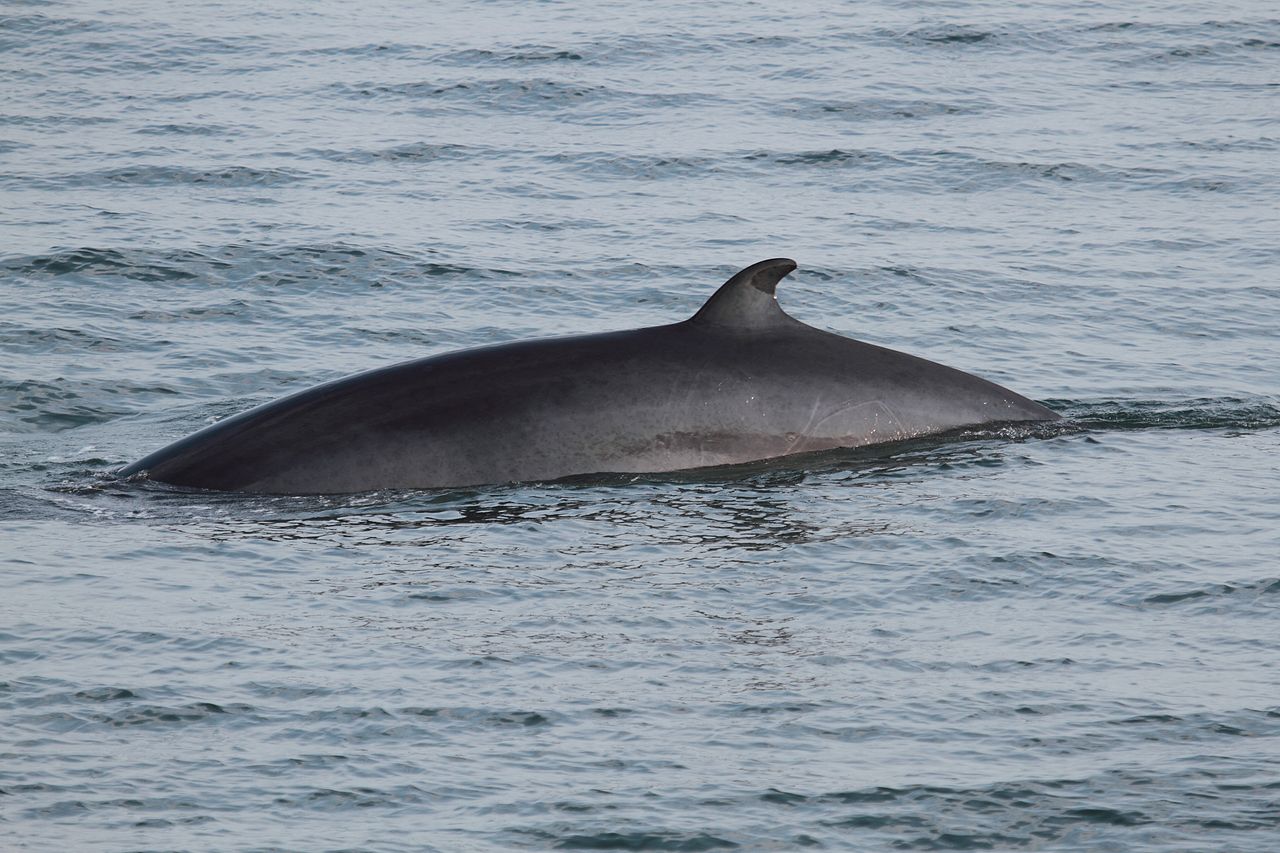 The minke whale (Lat. Balaenoptera acutorostrata) seldom grows longer than 9 m in Icelandic waters. The males weigh 5-8 tons and the females 8-10. The baleens are light yellow and the dorsal fin is situated directly above the genitals. It is easily recognizable by white stripes across the flippers. Its underside is light coloured. It occurs in all the world oceans, mainly south of 50°N in the Atlantic during winter, and migrates to the ice edge late in winter. Its life expectancy is about 50 years.

Both solitary and sociable

Mating takes place in January to May, the gestation period takes 10 months and every year one 2,7 m long and 350-400 kg. Heavy calf is born. It is suckled for about 5 months. The minke whale eats more fish than other masticates, but also krill.

The minke whale is both solitary and sociable. Young animals especially are curious about ships and boats and approach them for curiosity’s sake. The Norwegians catch about 20% of their minke whales that way. The minke whale mostly keeps close to shore, especially the females, and is common all around the country. Its population is about 55.000 animals and the world population is estimated to be close to one million. About 200 minke whales were caught off the north coast of Iceland a year until 1987.