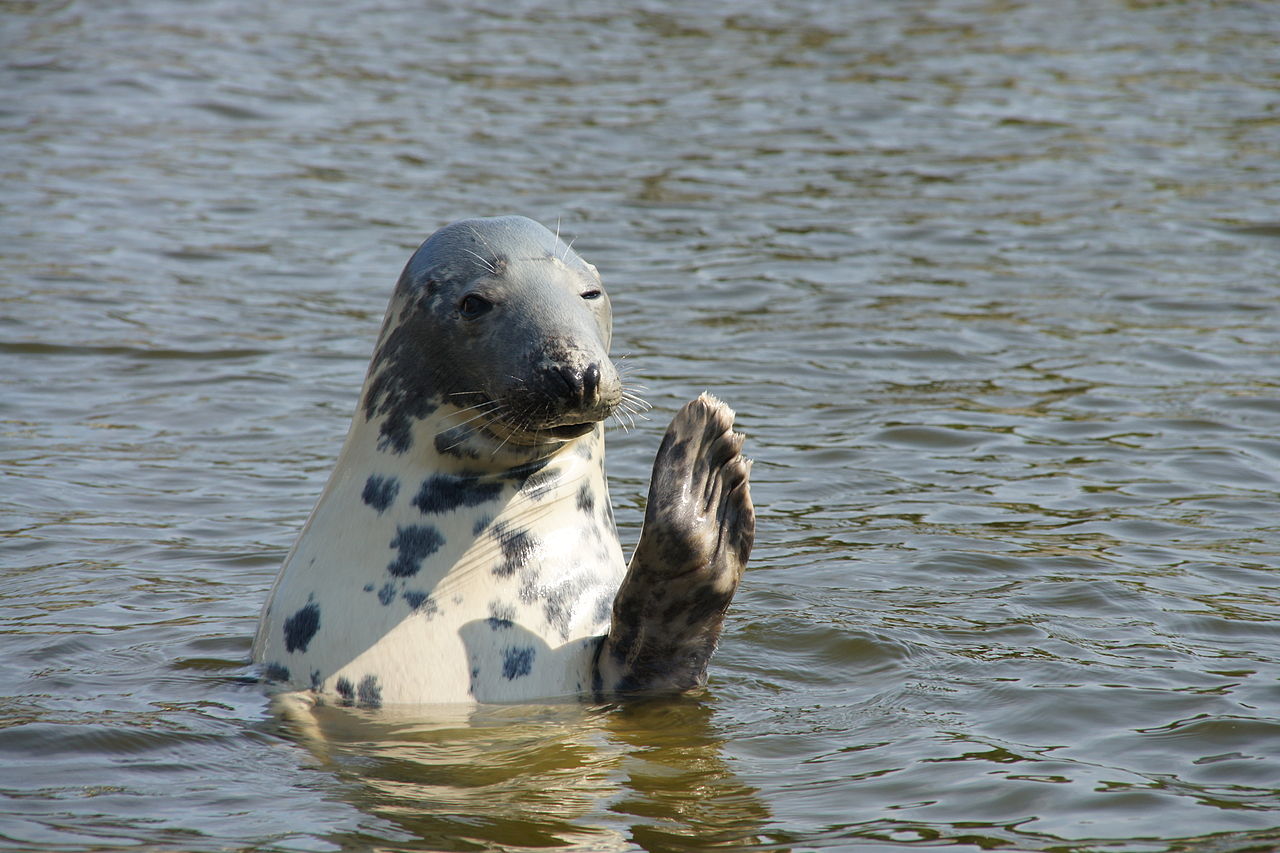 The birth period starts in autumn and continues during the months October to February. Usually each female delivers only one pup. The mating starts almost immediately after the suckling period and the males become even more aggressive in their defence of the females and rookeries. Each male may have a harem of up to 20 females. The white fur of the pups is not suited for water, but they start shedding soon after birth. The common grey seals mate in the water or on dry land and the delay of the development of the embryos during pregnancy is 102 days. The seals loose considerable weight during the birth- and mating seasons, because they stop eating. The shedding period starts late in winter, 2-3 months after the mating season, and the females start earlier.

Larger than the common seal

The grey seal is considerably larger than the common seal (harbour seal). It gets 3 m long and weighs between 300 and 400 kg. It is thickest around the shoulders and its head is large and pointed. The most common colour is grey with dark patches on the back and sides, but the belly, head and flippers are unicoloured. Its habitat is on and along the coastlines of the North Atlantic and it seldom enters the Arctic Ocean. In Iceland it is spotted along the south, west, and northwestern coastlines, usually on skerries and in remote areas facing the open sea. The greatest number of grey seals in Iceland is found in the Myrar area, on the Breidafiord Bay, in the Westfiords and Strandir area, and on the Skagi peninsula in the North.