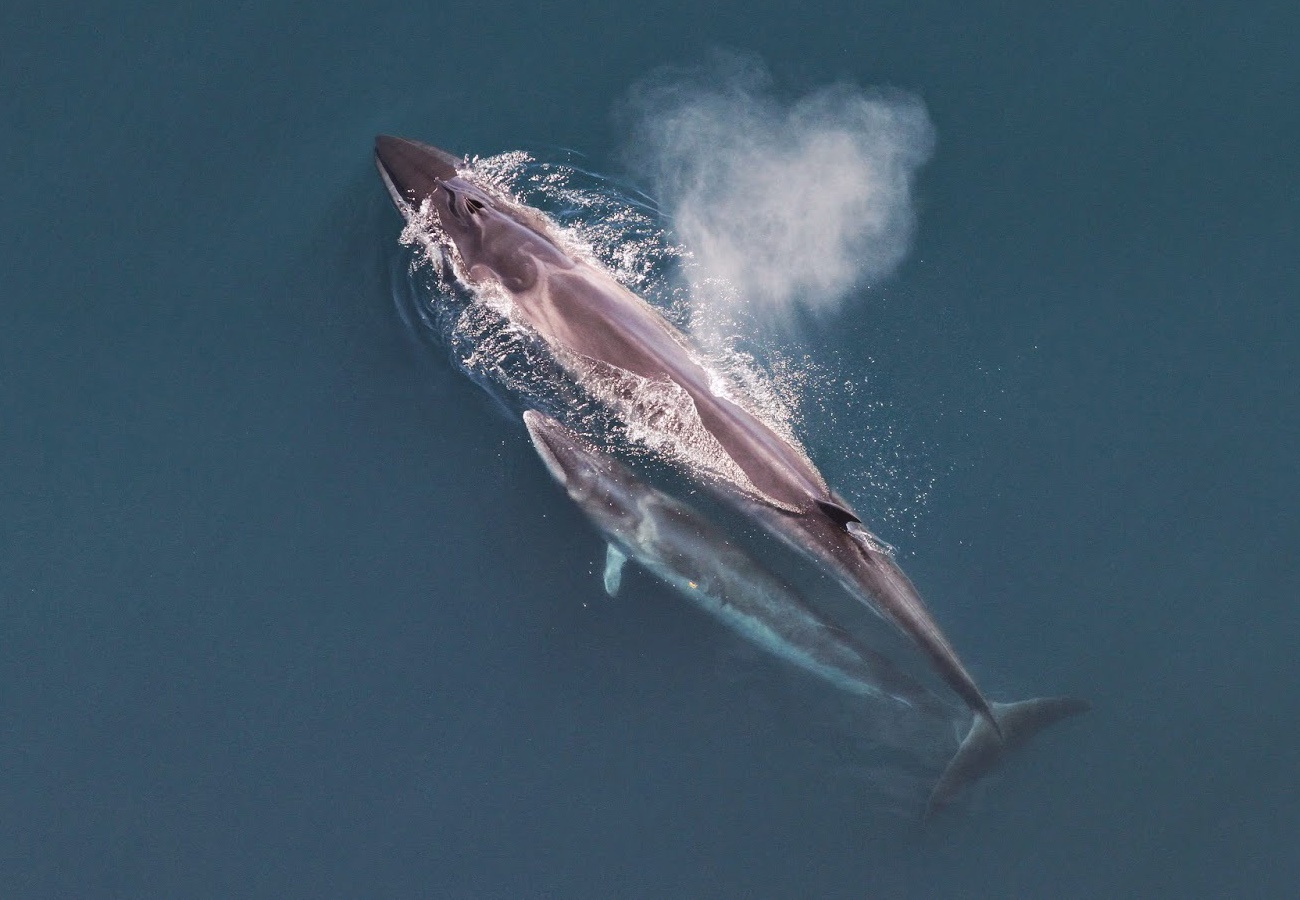 The sei whale (Lat. Balaenoptera borealis) is 12½-15 m long in Icelandic waters. The male weighs 25-30 tons and the female 20-30 tons. The main differences in appearance compared to the fin whale are the dark colour of the areas under the flippers and the fluke, the dorsal fin, which is situated more forward, directly above the genitals, and the neck folds do not reach as far back. The baleens are very finely fringed.

The sei whale is an open sea creature of all the world’s oceans and does not migrate all the way to the cold seas of the north. It stays off the coast of Newfoundland and northern Norway and in the Greenland strait during summer. The winter habitat reaches all the way south to the tip of Florida and the Blanco Point in West Africa.

Mating takes place during the period November to February, the gestation period is about one year and pregnancy occurs every second year. The calf is about 4½ m long at birth and is suckled for about 5 months. It grows to full size in 12 years and its life expectancy is about 80 years.

Rarely spotted near the coast

The main food is krill and also small fishes and squid. The sei whale is social in behaviour and travels in shoals of 10-20 animals, and sometimes hundreds of them are spotted in a limited area. It dives for 5-10 minutes at the time and blows up to three times in between. Sei whales are very rarely spotted near the coast. Usually it congregates far south of the country late in summer and starts migrating south in October. Its migrations are highly irregular, and some summers, very few animals are spotted. The estimated stock in Icelandic waters is 10.500 animals and the world stock 50.000-70.000.