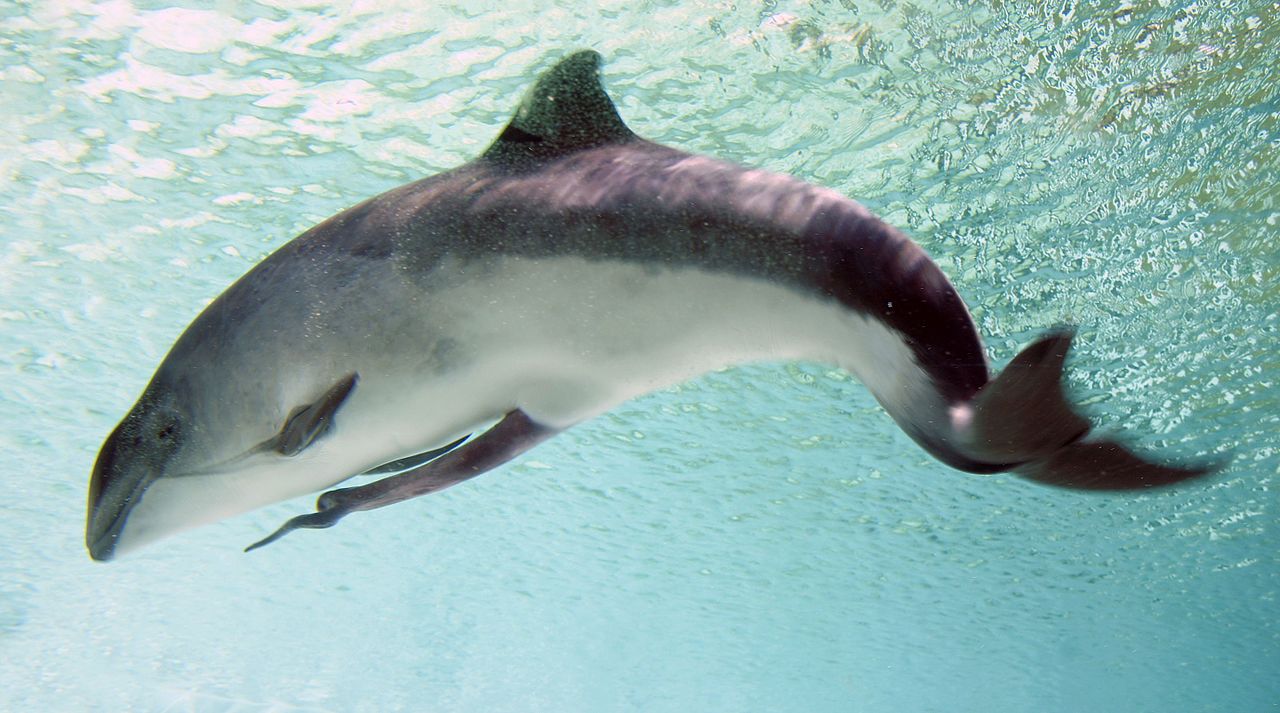 Adult males weigh about 7 kg and are less than 2 m long. Females are equally long and weigh 55-60 kg. Life expectancy is about 30 years. The upper body is dark grey, the sides lighter, and the underbelly white. Dark stripes between the small flippers and the mouth. The dorsal fin is a low triangle. Each jaw has 40-60 paddle-like teeth. Diving time is usually 2-6 minutes and the whale dives down to 10-100 m for food. Its diet is mainly fish, but also squid and krill. Porpoises (Lat. Phocoena phocoena) are found in shoals of 2-10, but sometimes 200-300 are seen together. They seldom leap out of the water.

The main habitats of the porpoises are in the northern seas, the Atlantic- and Pacific Oceans. Females reach puberty at the age of 3-4 and males later. Usually each cow gives birth to one calf every year and the gestation period is 10-11 months. Harbour porpoises were caught all around the country, especially off the Breidafiord Bay and the Westfiords. It often is tangled up in lumpfish nets and the meat is used. It is exploited off the coasts of Washington, Canada and Greenland. The world population is unknown. The harbour porpoise is probably endangered by the increasing pollution of the oceans.