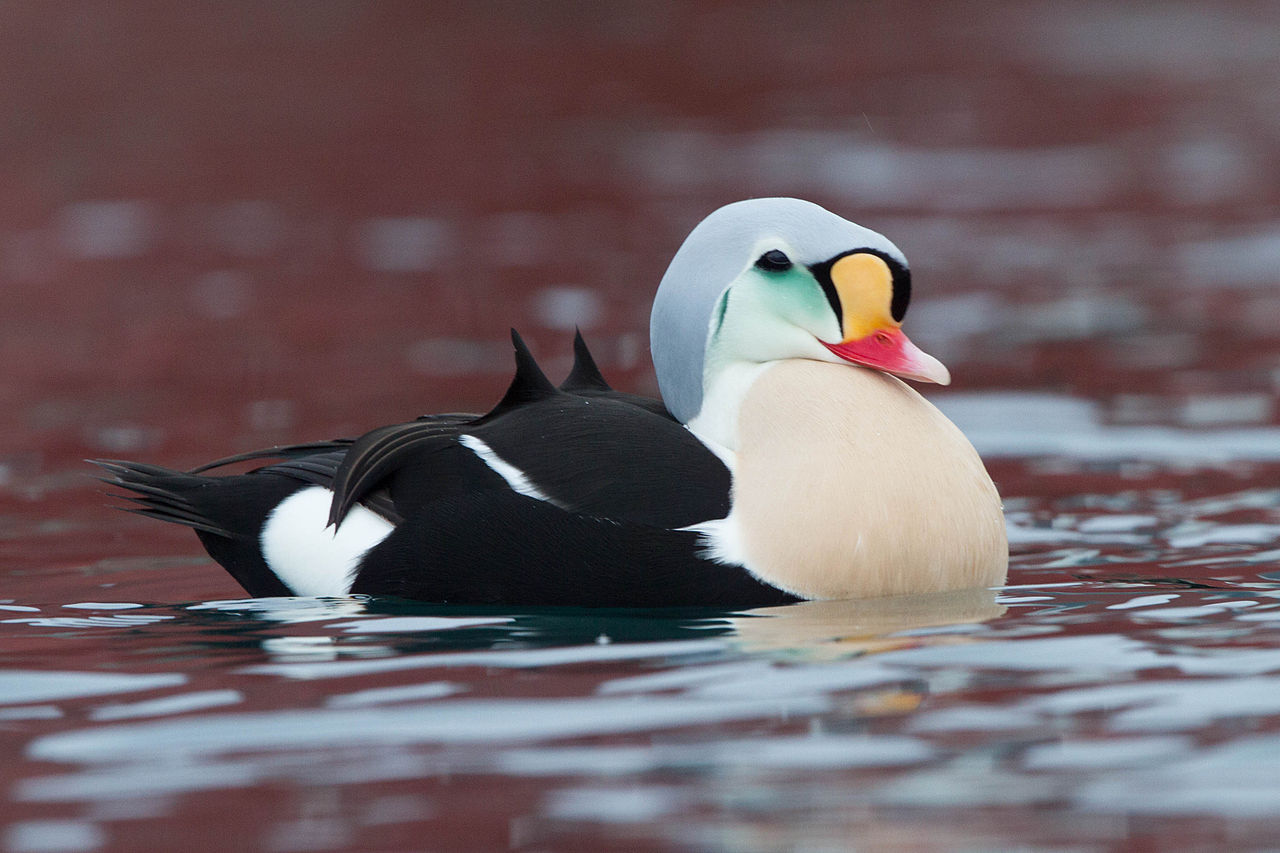 The mountainous and indented northwest peninsula has several places of ornithological interest. Three of the largest bird cliffs in Iceland are in this region. The first is the 14 km long and on the average 160 m high Latrabjarg at the westernmost tip of Europe.

It has been estimated that as many as two million pairs of Brünnich’s guillemots and Guillemots nest there. The other two cliffs, Hornbjarg and Haelavikurbjarg, are close to each other on the northern tip of the peninsula. Between Onundarfiord and Dyrafiord, on the cliff of Bardi, is one of the largest colonies of glaucous gulls in the country and the farm Myrar on the Dyrafiord bay has the largest eider colony with about 7000 pairs. Puffins are in several places in Westf+jords and large colony can be seen at Latrabjarg.

The permission of the landowners is required everywhere before visiting eider colonies. In large eider colonies in the northwestern and western Iceland, single male king eiders are often seen, as a rule mated with female eiders. King eiders are regular winter visitors, mainly to the western part of the country, but they do not nest in Iceland. The northwestern peninsula is the main region in Iceland for gyr falcons.

Birds of the Westfjords and Strandir in Icelandic