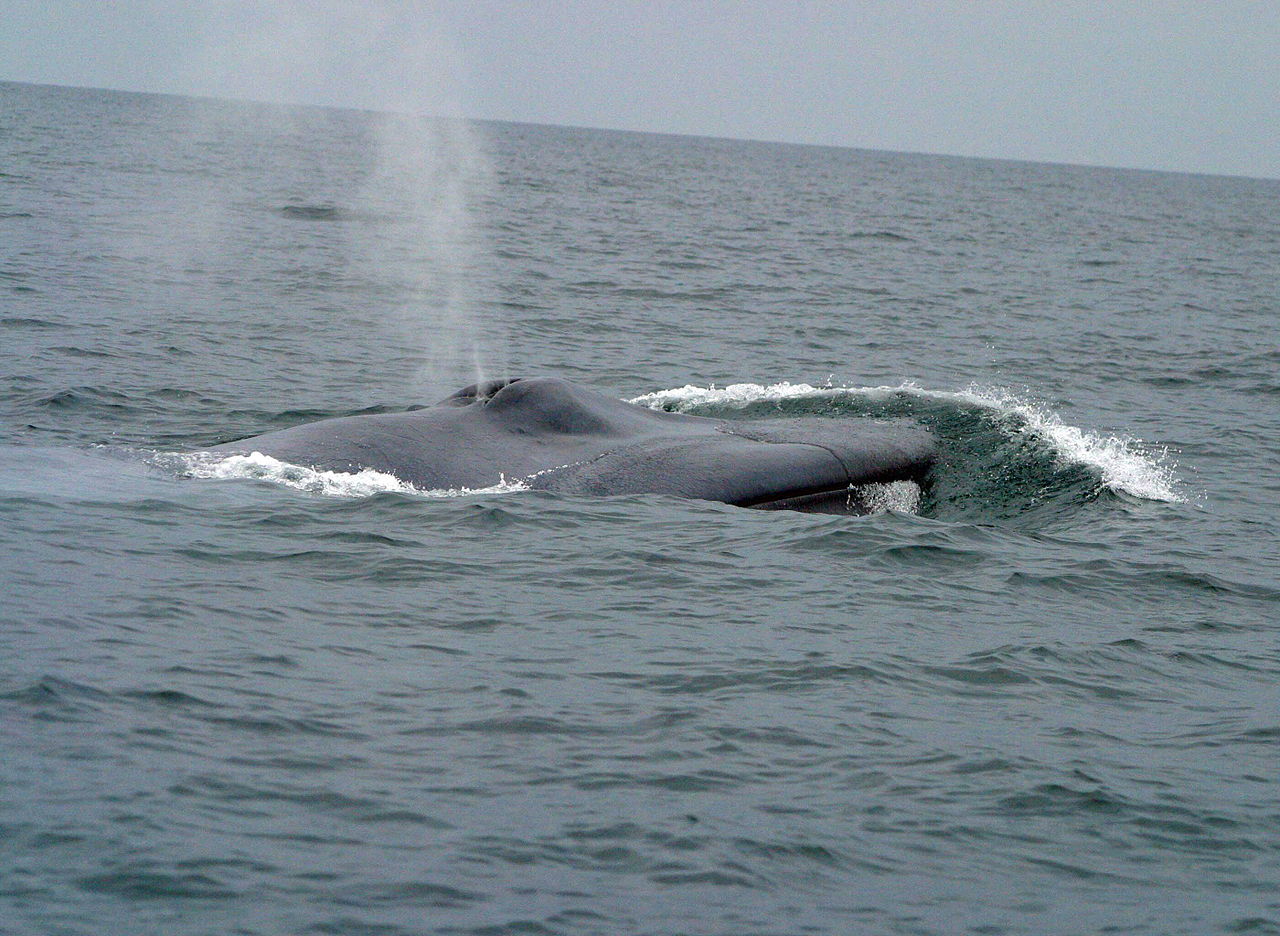 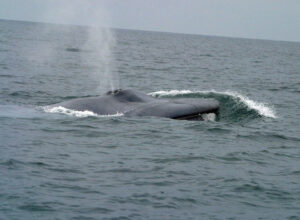 larger than the males and weighs 110-190 tons. The males weigh 100-160 tons. The life expectancy of blue whales is about 100 years. The colour is dark- or blue grey and white spots on the sides. The flippers are black or black and white on top and white below. The baleens are dark coloured and the genitals are situated further forward than the dorsal fin.

The blue whale is rather rare in Icelandic waters after the overexploitation of the Norwegians and the Icelanders. It is quite solitary, but sometimes a few animals are seen together. It stays in the open seas during winter and migrates to north to the ice edge in late winter

Mating takes place from May to September, the gestation period is 10½ months and pregnancy occurs every two or three years. Usually the calf is 6-7 m and 2½ tons at birth and more than doubles its length during the 7-8 months of sucking, after which it weighs about 25 tons.

The blue whale mainly feeds on krill off the coast of Iceland and also squid and octopus. It sometimes chases schools of small fishes. It is a slow swimmer, 1-8 nautical miles per hour. It dives down to 50-100 m for up to 15 minutes at the time.

Every year the first blue whales appear of the east- and west coasts of the country in April, but the mainstay arrives at the end of May and in the beginning of June. The estimated size of the Iceland stock is 1000 animals and the world stock 6.000-14.000. The blue whale was declared totally protected in 1960 in Icelandic waters and the stock has been recovering very gradually.