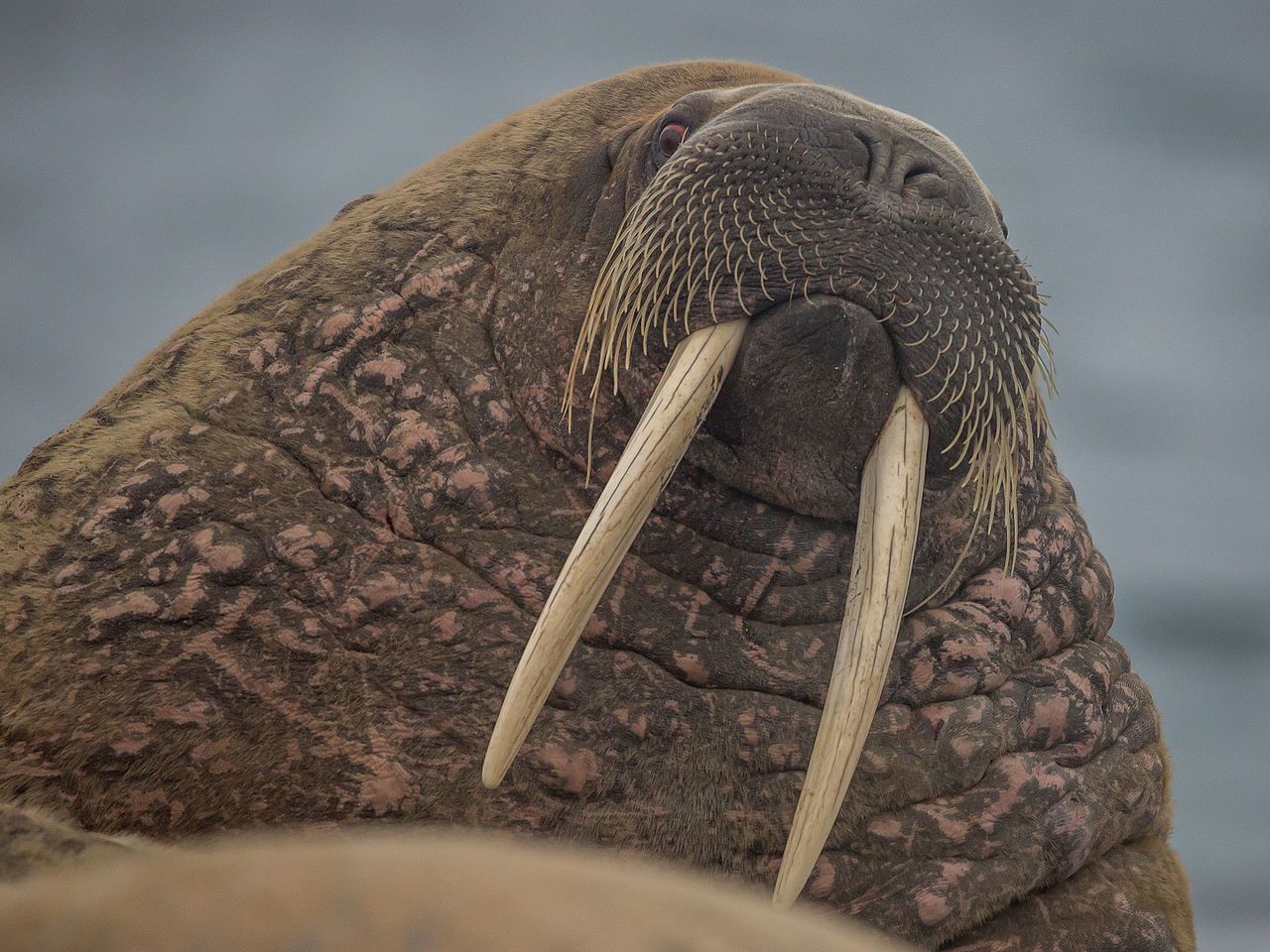 In earlier times there was only one breed of walruses. It developed in different directions as a result of a long separation. The Atlantic breed (O.r. rosmarus) is found on both sides of Greenland, between Canada and Greenland and the Barent Sea and Greenland. The other breed is spread from the Arctic coast of Alaska, along the East Siberian coast all the way to the Bering Strait.

The former often migrated to Iceland and is mainly spotted of the northwestern and western coastlines. In March 1983 and in the nineties it visited the small harbour of Rif on the Snaefell’s Peninsula. The walrus is easily recognized by its large fangs, sometimes called the ivory of the north. It uses them to pull itself out of the water, to move about on dry land and to plough the ocean bottom and break the shells it eats.

The Inuits have traditionally carved decorative pieces, sometimes of legendary beings, from the fangs. The females reach 3 m length and 900 kg and the males 3,8 m and 1,5 tons.