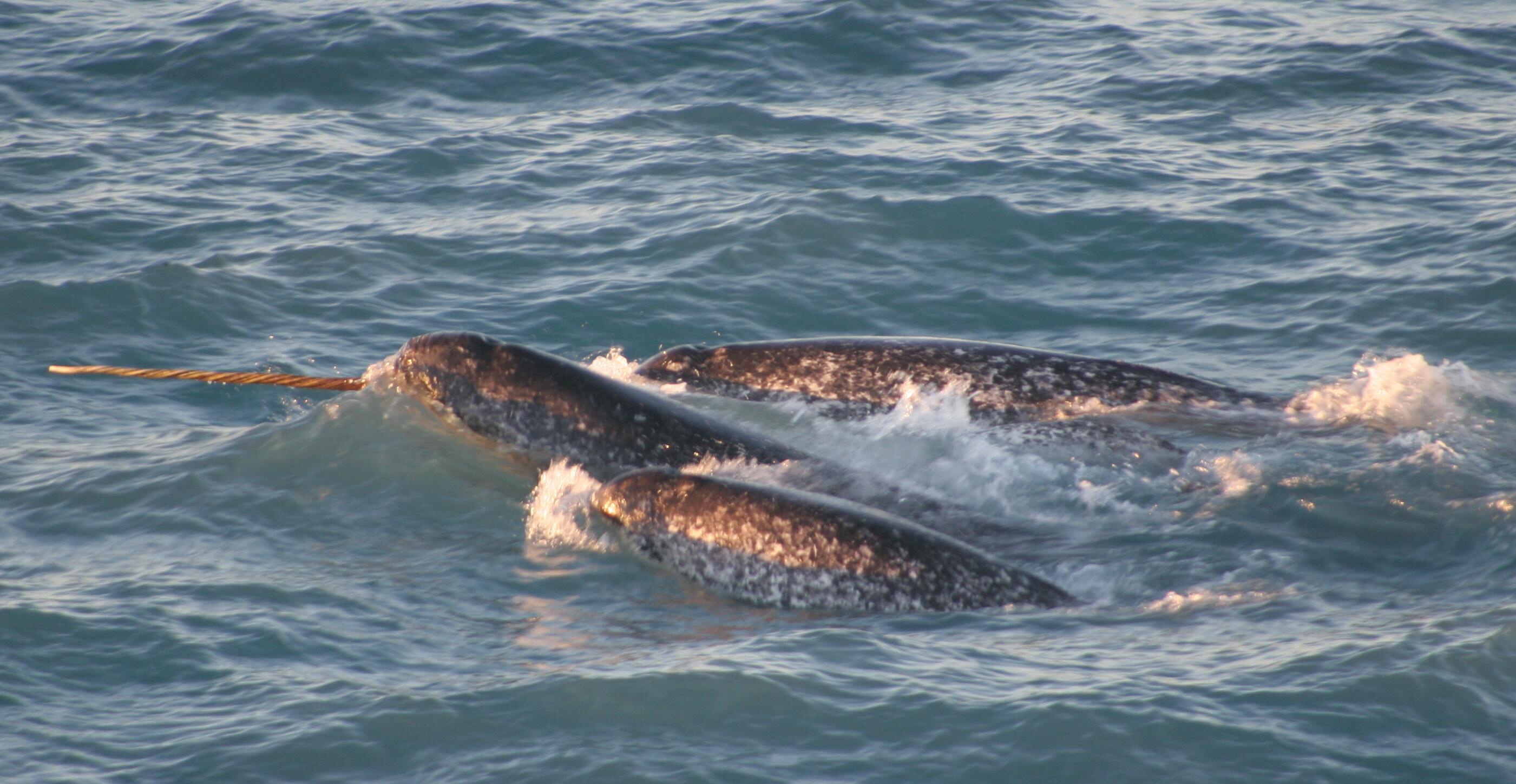 Adult males around Iceland are 4-6 m long and weigh 1,2 – 1,6 tons and the females are 3½ – 5 m long and weigh 0,8 – 1,3 tons. Their life expectancy is about 50 years. The head is small and convex and the mouth is small. The fluke resembles a fan, the flippers are short and spade like, and there is no dorsal fin. The colour changes with age. The calves are brown, dark grey or even bluish, but grow darker towards puberty, and then turn lighter. Old and mature animals sometimes turn totally white.

The narwhal (Lat. Monodon monoceros) prefers cold, shallow seas close to the ice edge, but not too close to shore. It has two teeth in the upper jaw (20 cm). The left tooth in the males usually starts growing again with maturity and can reach a length of 2,7 m. It is hollow and has an anti clockwise twist. Females only grow them in exceptional cases. The narwhal tusk can weigh up to 10 kg. This species spends its summers in the coldest parts of the arctic seas and sometimes travels great distances under the ice. It is mainly found in groups of 2-20 animals, but sometimes shoals in excess of 1000 animals are spotted. It is an occasional guest in Icelandic waters.

Narwhals mainly feed on fish, cod and flat fishes, squid, prawns, and krill. It probably dives several hundred metres and stays submerged for 7-20 minutes at the time. It migrates south for mating, the gestation period is 14-15 months, and the calf (1,7 m; 80 kg) is born in remote bays or fiords and is suckled for about a year. Females reach puberty at the age of 4-7 and probably get pregnant every third year. Males mature to puberty at 8-13. The purpose of the long tusk has not yet been discovered.

The Inuits have exploited the narwhal stocks for a very long time for food and carved pieces of art out of the tusks or sold them whole. Probably about 4000 animals are killed yearly, and only 25% of them are caught, the others sink to the bottom of the sea. Other natural enemies of the narwhal are the polar bears, killer whales, and probably walruses. The total world population is estimated to be 25,000 – 50,000.