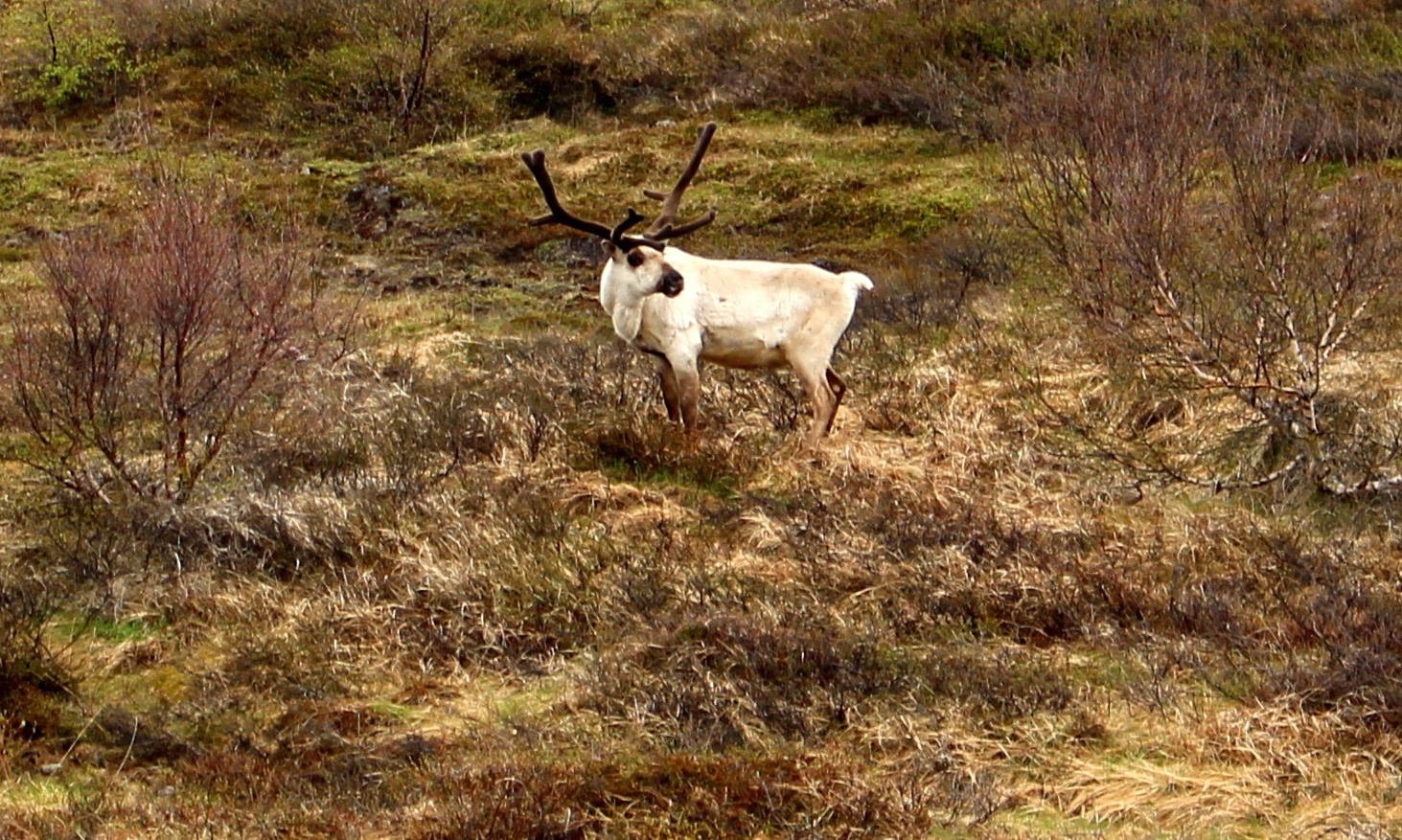 The reindeer (Rangifer Tarandus) is a relatively new addition to the wild mammal fauna of Iceland. It was introduced between 1771 and 1787 in three regions, the Southwest, North, and East. The animals came from Norway and were supposed to be domesticated here, but they have been feral from the beginning. During the first years, the population increased rapidly in number, reached a peak in the middle of the 19th century, and then declined until 1940, when less than 200 animals remained in the eastern central highlands, north of the Vatnajokull glacier.

In the North and Southwest they became extinct in the beginning of the 20th century and after 1940 the stock increased in number and in 1978 the count results were over 3000 animals. The most probable reasons for the fluctuations of the population are natural circumstances, such as insufficient grazings, range deterioration because of the animals themselves and volcanic eruptions and difficult snow conditions in winter. Hunting was limited through the whole period, and is not considered a determining factor in this respect. The reindeer is protected, except during the short hunting season between July 15th and September 15th every year.

During summer, the mainstay of the stock roams around the interior ranges north of the Vatnajokull glacier, and in the autumn the animals they migrate to the lowlands and coastal areas for the winter. Here in Iceland the reindeer is not plagued and pestered with parasitic and biting insects. The only other such reindeer habitat in the northern hemisphere is Svalbard. Hydroelectric planning in the regions north of the Vatnajokull glacier may affect the reindeer population and its ranges. Research and investigation should assist in the decision-making.