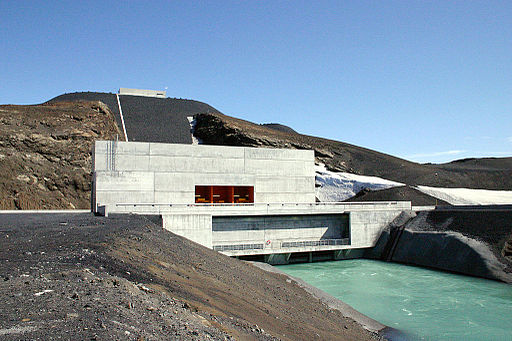 Vatnsfell is an Icelandic hydroelectric power station situated in the Highlands of Iceland, at the south end of lake Thorisvatn, just before the Sprengisandur highland road.

The Vatnsfell Station began operations in 2001, with construction work beginning in 1999. The station’s capacity is 90 MW, and it is the northernmost power station in the Thjórsá and Tungnaá River area.

Vatnsfell Station utilises the head in the diversion canal between the Thorislón Reservoir and Sigalda Station’s reservoir Krokslon. Unlike the other stations, it only produces electricity during winter.

It is run by Landsvirkjun and generates electricity during the peak demand winter months.