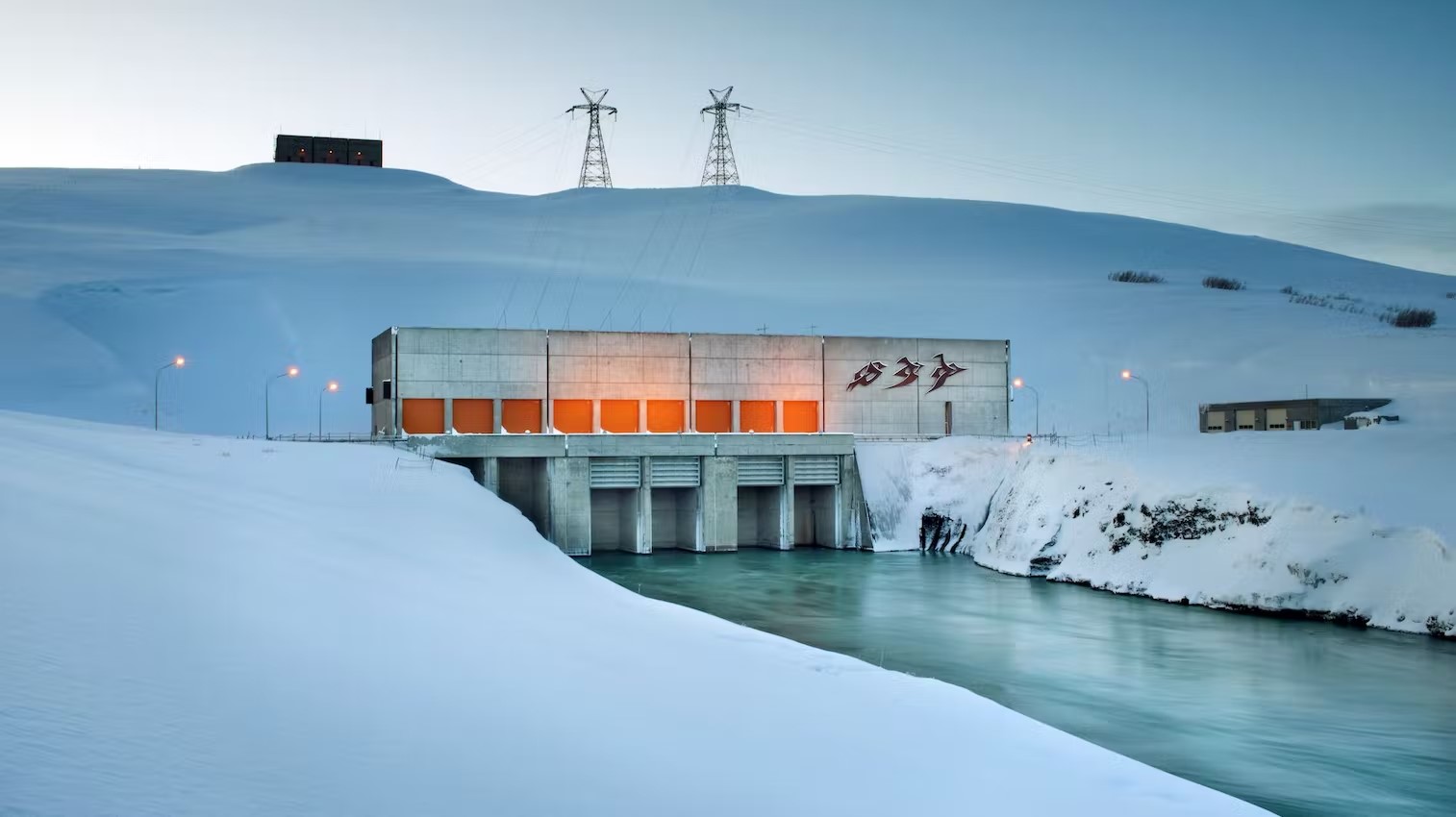 The Tungnaa River is dammed on rather flat land approximately 1.5 km above the Hrauneyjafoss Waterfall and 7 km below the Sigalda Station. The difference in altitude is approximately 15 m. Hrauneyjalon, an 8.8 km² reservoir, was formed by the dam. A low soil wall dam stretches along the lava flatlands on the south bank of the river. A headrace channel runs 1 km northwards from the reservoir through a dip in the Fossalda Hill to an intake point at its northern edge. Three steel penstocks (4.8 m in diameter) run 272 m down the hill to the powerhouse. The tailrace canal, just over one kilometre in length, enters the Spordoldukvísl waterway, which runs into the Tungnaa River.