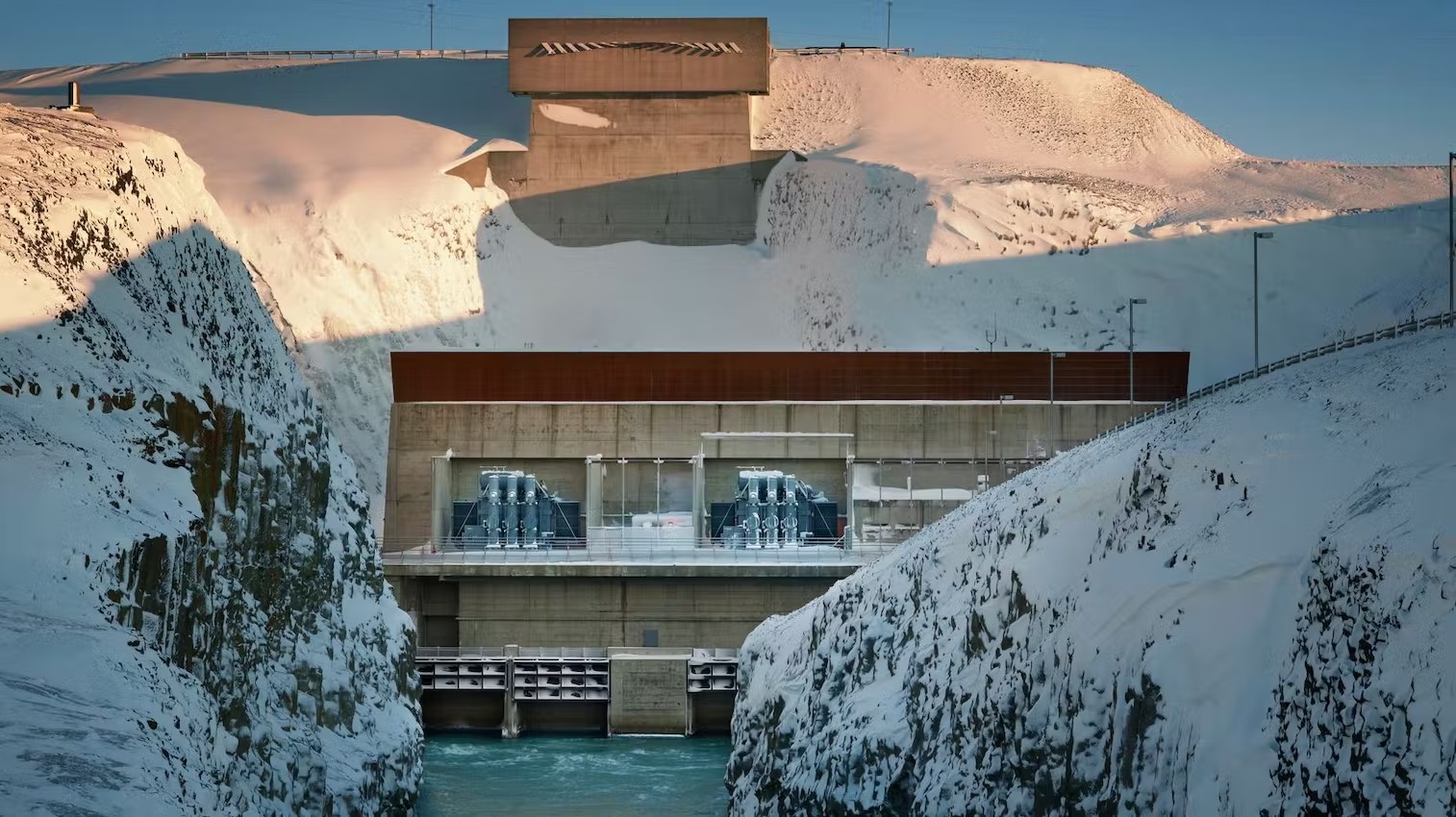 The Sultartangi Station, located 15 km northeast of the Burfell Station, was built at the end of the last century and came on-line in 1999. The Station utilises water from the River Tungnaa which has already driven the turbines of the Hrauneyjafoss and Sigalda stations on its way down from the highlands. It also utilises the River Thjorsa’s flow rate, as the two rivers are joined in the Sultartangalon Reservoir above the station. As a result, it is not as sensitive to fluctuations in water supply as many other stations are. In this regard it resembles the Burfell Station.

The Sultartangi Dam is the longest in Iceland, 6.1 km in length. In conjunction with the construction of the power station, the dam crest was raised by 1 metre, increasing the reservoir’s surface area from 18 to 20 km2. A headrace tunnel (3.4 km) moves water from the reservoir through Sandafell Mountain to a surge basin on its southwestern side. At the end of the surge basin is the station intake, where two penstocks lead to the powerhouse. A tailrace canal, just over 7 km long, lies from the powerhouse at the foot of Sandafell Mountain and follows Thjorsa River almost all the way to the Burfell Station Reservoir dam where it enters the Thjorsa riverbed.