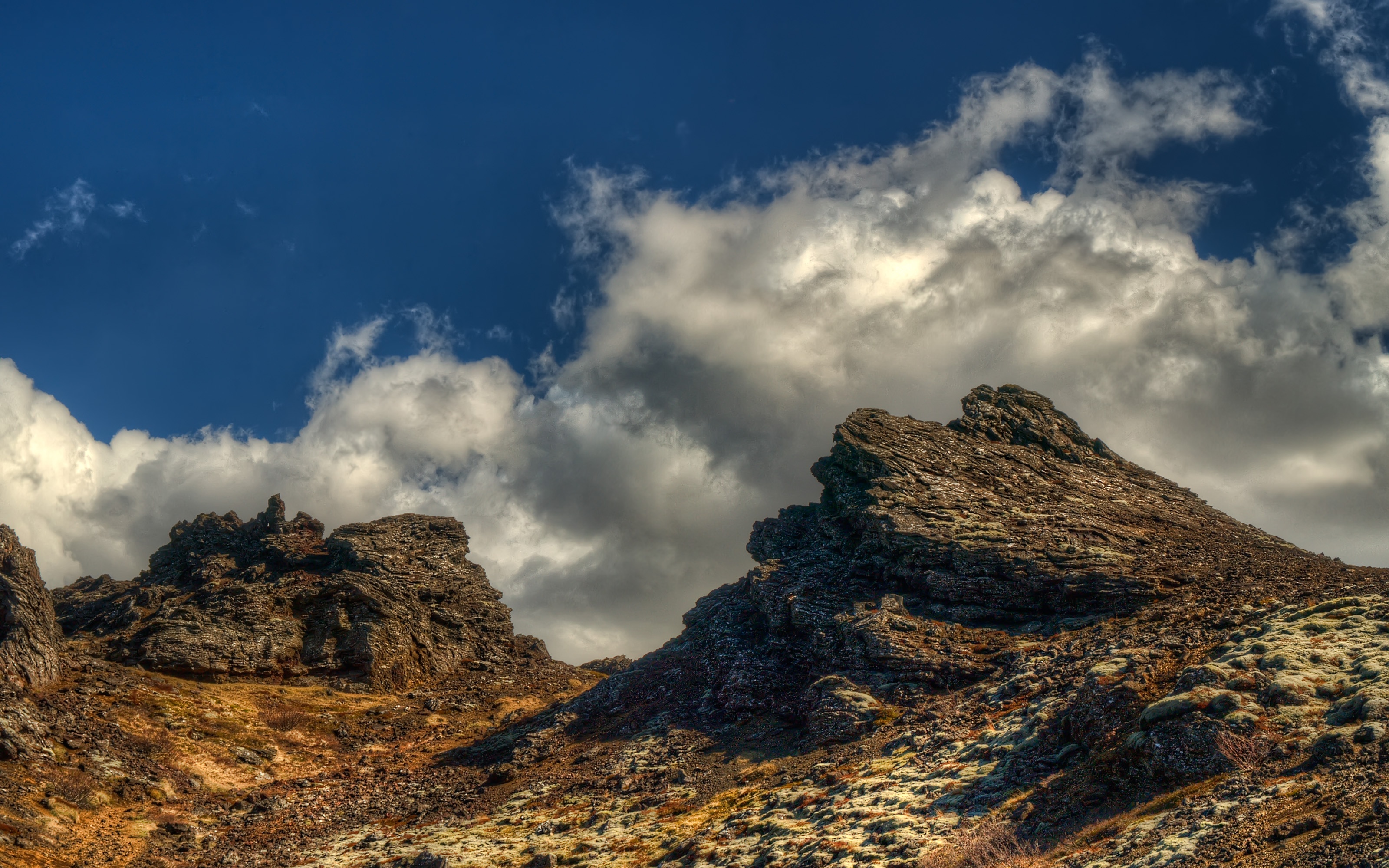 The Reykjanes Zone is a so-called Rift Zone (thoelite). Earthquakes are frequent. Its five volcanic regions are called: Reykjanes-Grindavik-Vogar, Trolladyngja, Krysuvik, Brennisteinsfjoll-Blafjoll and Hengill-Selvogur. About 16 lava fields have been created during historic times (875-1340) by 4-5 eruptions. The lava field near Lake Hlidarvatn dates back to 1340. The lava field Ogmundarhraun was created in 1010-1020. The uppermost lava fields in the Blafjoll area were created shortly before the year 1000. The lava field Svinahraun could be the so-called Christianity Lava. The Svartahraun Lava, where the Blue Lagoon is situated, dates back to 1226. The Kapelluhraun Lava 1010-1020. The Afstapahraun was also created during historic times. The Stampahraun- and Arnarseturshraun Lavas 1226. About 52% of the Reykjanes Area are covered with

Holocene lava fields (43 km²). The structure of most mountains in the area is hyaloclastite. They were created during the latest cold epoch of the Ice Age.

The Fossvogur Strata are about 10 thousand years old. They depict sediments with fossilized seashells and conches from the second latest warm epoch of the Ice Age.

The Oskjuhlid hill in the capital depicts the geology of the latter part of the Ice Age. It was an island during higher sea levels 10 thousand years ago. Such traces are found 43 metres above the present sea level in the form of sea eroded moraines and boulders.

The Burfell Lava is about 7200 years old (C14), but could be somewhat younger because of the unknown inaccuracy of the C14 method.

The Thorsberg hill in Hafnarfjordur is situated on an old coastline, which lies about at 38 m above the present sea level in the slopes of the hill Hvaleyrarholt, at about 48 m in the nearby town Gardabaer, and at 43 m in Oskjuhlid in the capital. These different sea levels were caused by the great weight of the ice shield. The Reykjanes Peninsula started rising earlier than the capital area because of the earlier retreat of the glaciation there.

Geologically interesting places and areas in the Southwest: