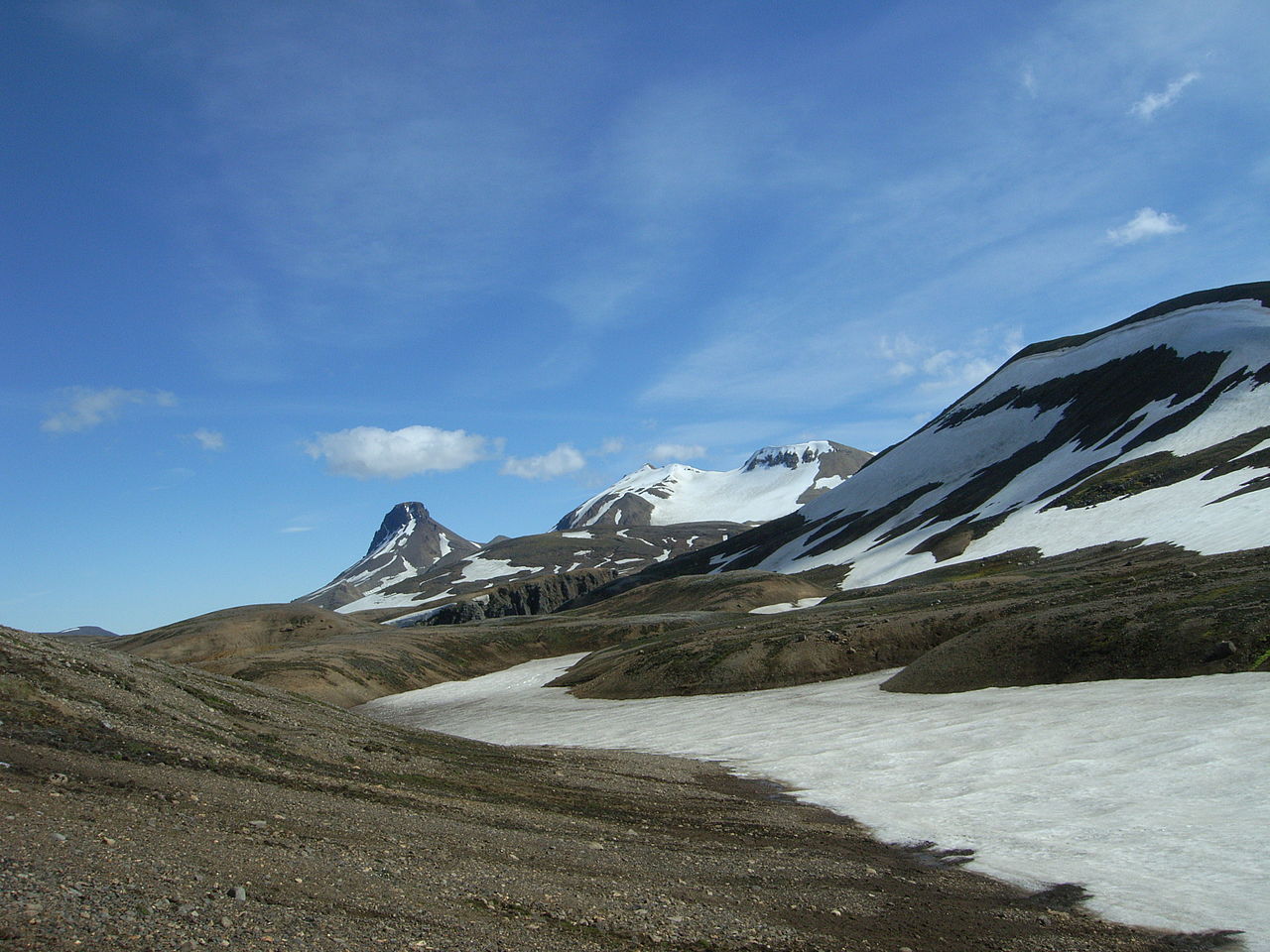 This vast and colourful rhyolite mountain massif (150 km²), created by sub-glacial volcanic activity, is situated south of the round glacier Hofsjokull in the central highlands. It derives its name from a 25 m high and dark basaltic pillar protruding from a rhyolite scree slope in the southwestern part. Its peaks rise 800-1500 m above sea level, some of them very steeply 600-700 m above the immediate surroundings.

The mountain massif is deeply carved with gorges, canyons and valleys and the main fissure directions of this volcanic area is NE-SW except for the northern part where it is NW-SE. The massif is split by the so-called Hot Spring Valleys from the west to the east. The mountain massif contains one of the largest high temperature areas of the country. There are no Holocene lava fields within the area, but just 4 km NE is the thoelite Illahraun. According to areal pictures, it may contain two calderas, one in the northern part and one in the southern.