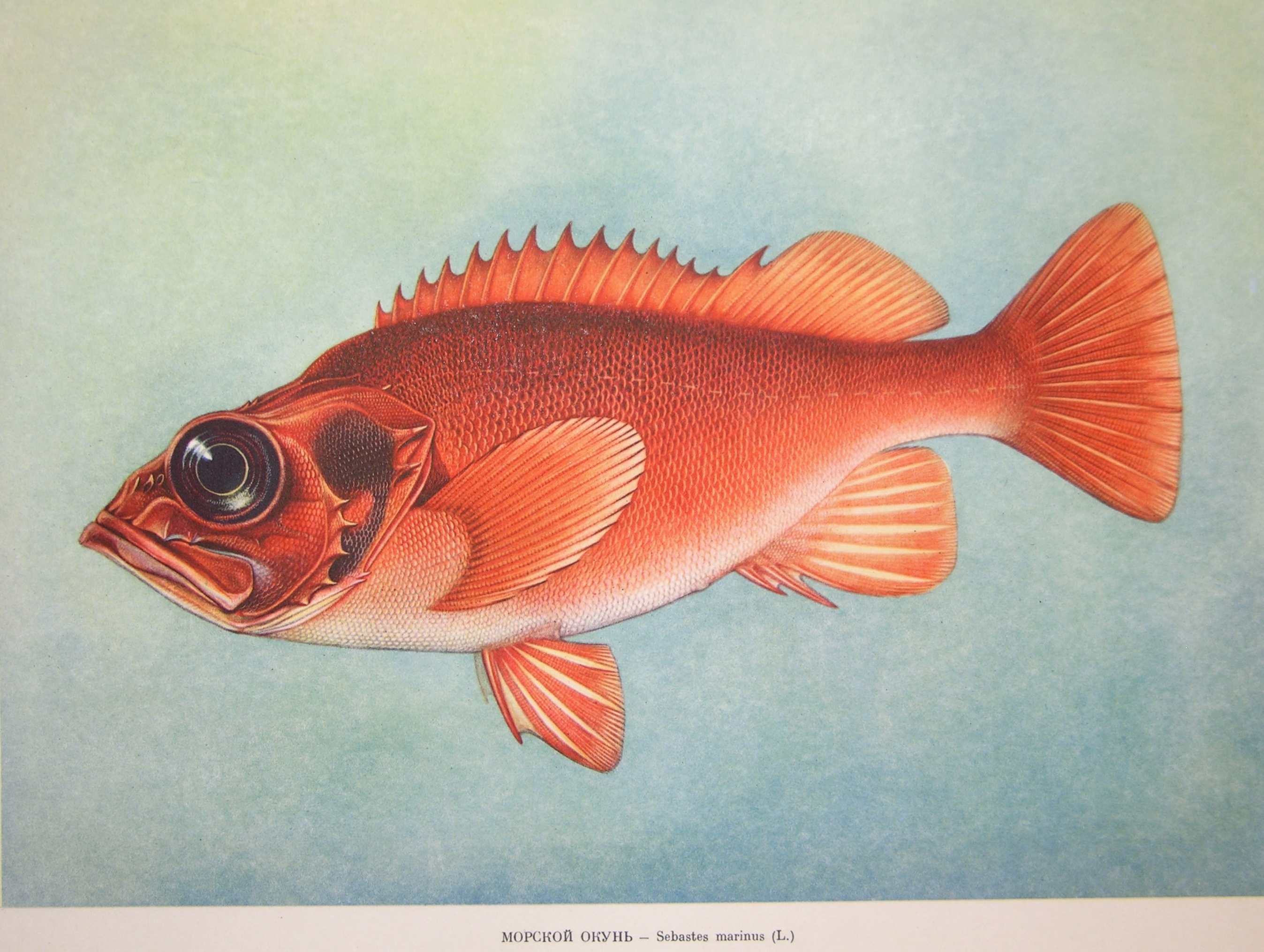 The ocean perch (Lat. Sebastes marinus) lives near the sea floor close to land at depths of 100-400 metres or at mid depths further out. It delivers 5-7 millimetres long living offsprings, 37-350 thousands at the time. The males reach puberty in the autumn, when mating occurs. The eggs are mature in February-March the year after, which means, that the sperm is stored by the females until then. Hatching takes 4-6 weeks and the fries are born in April-May. Vast spawning grounds are to be found between Greenland and Iceland and it is highly likely, that the fries feed and grow up on the East Greenland shelf.

Most fishery biologists are of the opinion, that the ocean perch grows very slowly and does not reach puberty until it is about 15 years old (35-40 centimetres long). Thus the catch should be based on many generations of 10-25 years old fishes. It is very difficult to tag this species and therefore it has not been easy to study its migrations and behavior.

There are probably several live stocks to be found, i.e. in the Barent Sea, off East Greenland, and Newfoundland. Deep sea rose fish (Sebastes mentella) is a special breed of this species, which some scientists refer to as a separate species. Younger ocean perch feed mainly off plankton, crustaceans, and fish fries. The older ones prefer herring and capelin.

Ocean perch is mainly caught in trawl nets and the annual catch in the North Atlantic was about half a million tonnes up to the turn of the 20th century. The processing was mainly filetting, and the liver is very rich in vitamins.