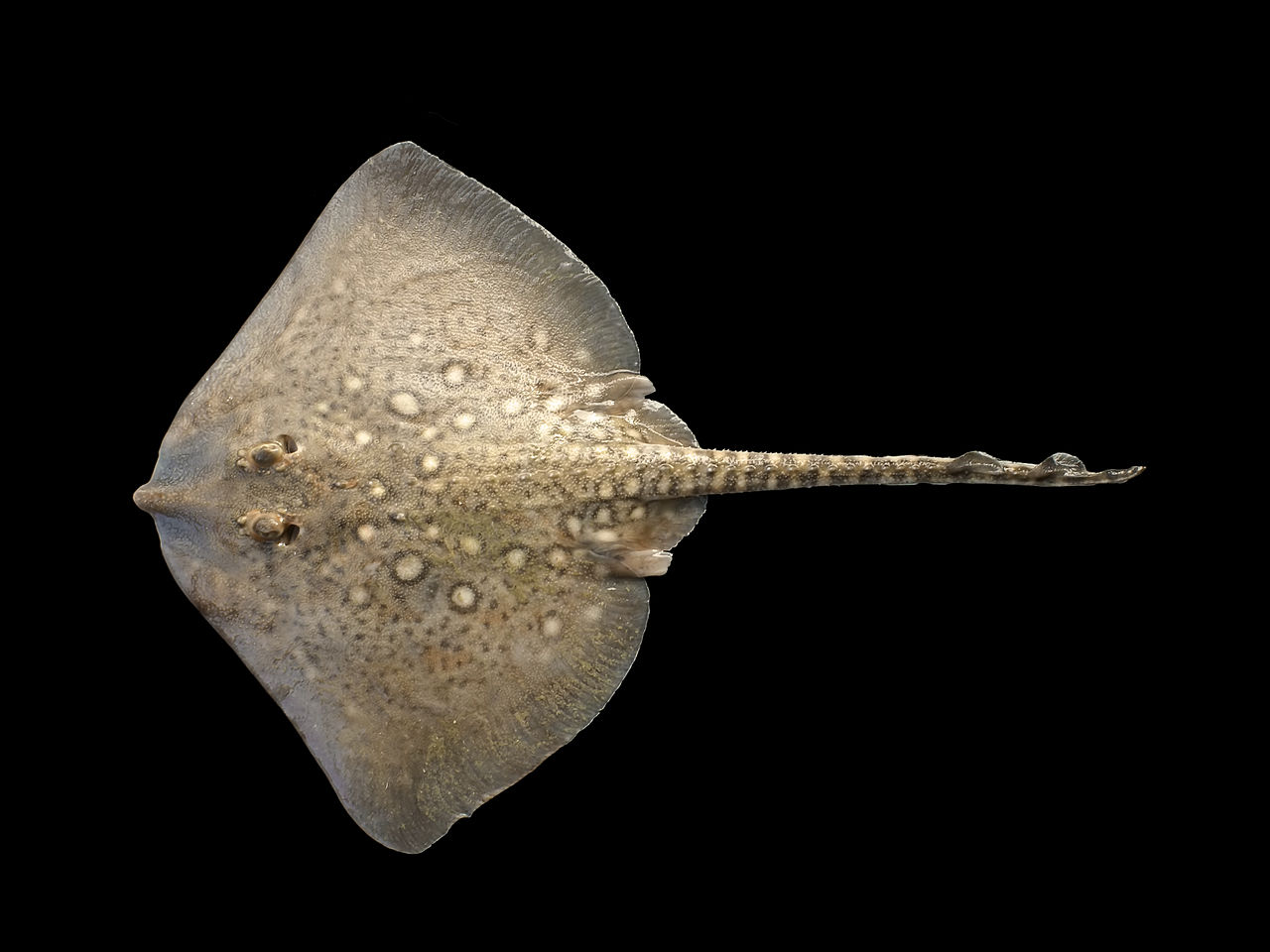 The common skate (Lat. Raja batis linnaeus) has a pointed snout. Its length is 2,5-3,5 times the space between the eyes. Its flippers are large and wide with rounded points to each side. The tail is short with two dorsal fins. The colour of the under side is greyish with darkblue spots. On top it is gray or yellowish gray with dark og light spots.

Its habitats are in the North Atlantic all the way to the Mediterranean. It is not found off the coasts of Greenland or North America. Its average length is 1,5 metres, but 2,5 metres long animals have been caught, and the greatest weight was 100 kilograms. In 1978, the Icelandic catch was 424 tonnes.

The skate is found at all depths. In the neighbouring oceans to Iceland it is believed to spawn in the autumn and during winter, but in Icelandic waters late in winter or in the spring. The eggs are aquamarine when they are alive, but change colour when they dry up. They are unusually large, 9×16 cm. and take 2-5 months to hatch or even longer, depending on the temperature.

The skate feeds off various species of fish, worms and crustacae.

The main fishing grounds are in the North Sea, off the coasts of Norway, Faroe Islands, and Iceland. Usually it is caught on hook or in trawl nets. The Icelanders appreciate the skate as food fish and have traditionally processed it in a similiar way as the Greenland shark.