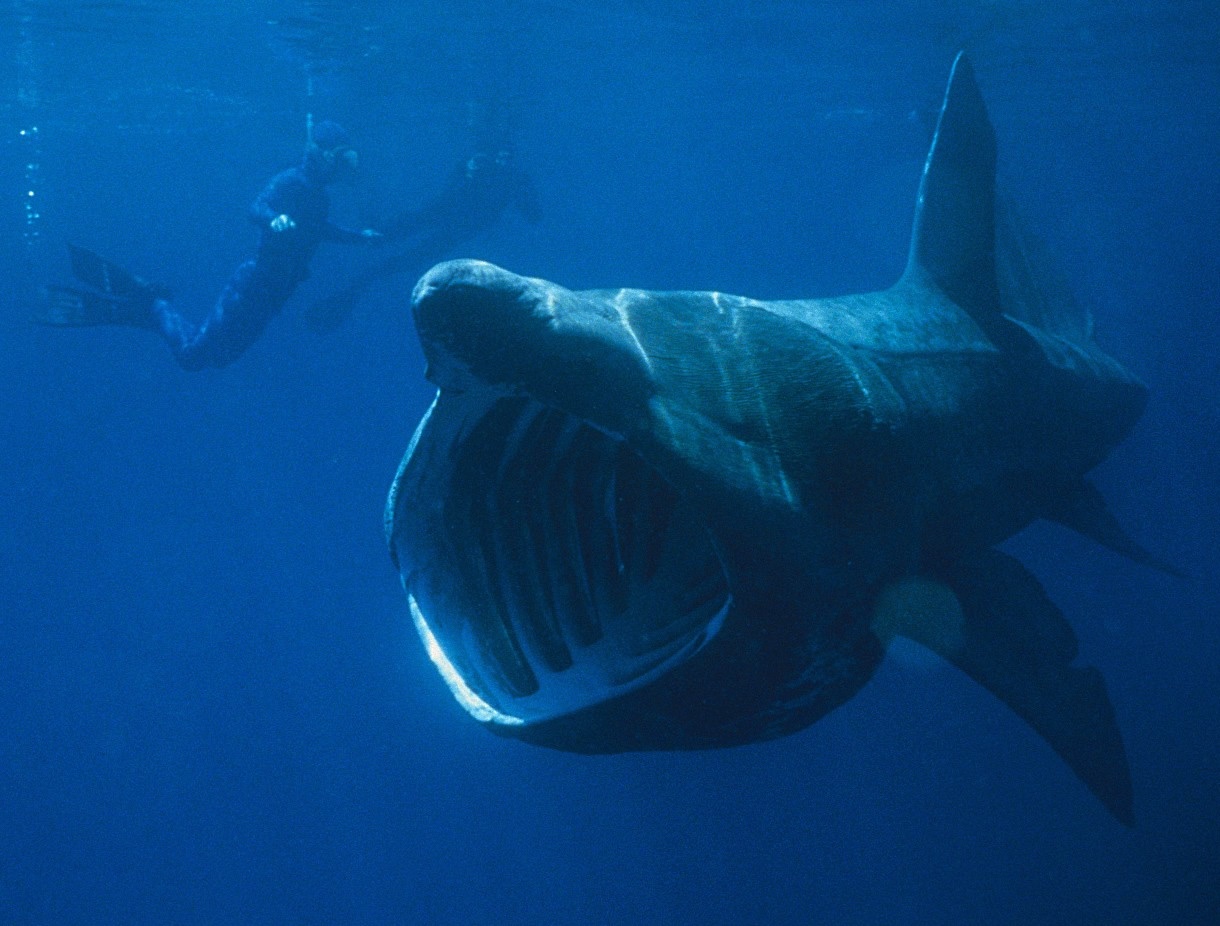 The basking shark (Lat: Cetorhinus maximus) is the second largest fish species of the world. It reaches

It feeds on plankton like the baleen whales, and therefore it can often be spotted with its dorsal fin and tail above above the surface of the sea. Sometimes it is spotted a short distance off the coast, where it basks after feeding on warm days. The gills are large and wide with a myriad of spikes to stop the plankton from getting through. It is estimated, that the shark can filter 1500 tonnes of seawater through the gills per hour.

Hákarl (Icelandic pronunciation: ​full name: kæstur hákarl; referred to as fermented shark or rotten shark in English) is a national dish of Iceland consisting of a Greenland shark or other sleeper shark which has been cured with a particular fermentation process and hung to dry for four to five months. Fermented shark has a strong ammonia-rich smell and fishy taste.

Mainly found to the south of Iceland

It reaches puberty at the age of 3-4 years, when it is about 7 metres long. The gestation period is two years for 1-2 offsprings, which are 1,5 metres long at birth. The basking shark either stays alone or in schools of 50-250 animals. It is mainly to be found to the south of Iceland. It is spotted in the Orkneys area and further south during summer, where it travels in the direction of Norway to stay in the Gulf stream. In the fall, it returns, and in November it most probably heads for deeper seas. At this time it looses the gill spikes and has to starve until they develope again in February.

This shark cannot be caught on hooks. It has to be harpooned. Its liver weighs close to 25-30% of the total body weight (500-700 kilogrammes). After it has been processed, it delivers 6-15 hectalitres of oil, which is very rich in vitamin A.

During the period between 1860 and 1880 it was exploited indiscreetly in Icelandic waters and its live stock diminished. After that it has not been hunted much and has recovered enough to become a common sight again.