Nearest towns or place of interest :


The road up to Skalafellsjokull glacier is only 16 km long, but takes almost an hour to 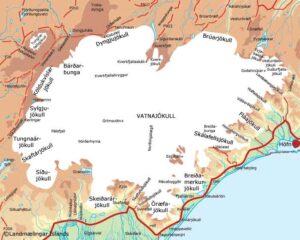 drive from road #1 and the unforgettable trip up there should not be attempted with a 2wd vehicle.

On the way, it depends on the weather, where it is interesting to stop to enjoy the view. At 540 m above sea level, it is nice to make photo stops. Further up, at about 830 metres, is a mountain hut with a restaurant and sleeping bag accommodations. This hut was built in 1991 and belongst to the company Glacier Jeeps – Ice and Adventure. This company offers regular trips up there during summer.

After the establishment of Europe’s largest national park, Vatnajokull, on June 7th, 2008, the Heinaberg area became one of the centres for the NP wardens. 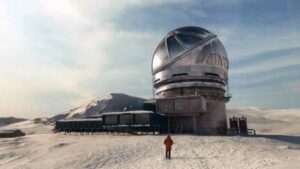 This film, directed by George Clooney was filmed partly at Skalafellsjokull clacier. The film crew spent 15 days shooting at the massive Skalafellsjokull glacier located in the Vatnajökull National Park in southeast Iceland. This is where they filmed the scene where the families are being evacuated by a drone-esque helicopter. This was the most difficult part of the shoot. Some sequences were recorded in the middle of a blizzard, with temperatures near 40 below zero.

WHAT TO SEE?
Nearby Skalafellsjokull Glacier

WHAT TO DO?
Nearby Skalafellsjokull Glacier

WHERE TO STAY?
Nearby Skalafellsjokull Glacier